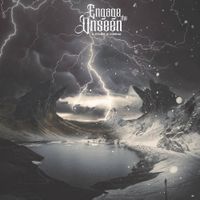 Engage The Unseen was formed in the winter of 2012 by Andre Kugler and Karter Estill. The band's original name was Ascendancy. With many conversations arising about the name of the band, Ascendancy's song "Engage The Unseen" spoke to the band and eventually became the official name.' ETU' as commonly referred to, went through a few lineup changes before completely solidifying the current line up.

Zech later left ETU to pursue his other band, as well as Jordan Perkic. During this transition period a bassist was found in the form of Tel Dedmore. With Karter, Tel, and Andre wanting to push the boundaries of their capabilities they needed a vocalist who could also push them. Karter was told about a vocalist by the name of Nathan Raschkow.

Nathan Later came to a practice and blew the entire band away. He was exactly what ETU needed.

Engage the Unseen are releasing their Debut full length, “A Storm is Coming” at a very special CD Release show at Pub Station.